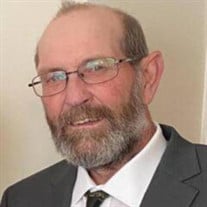 Robert “Bob” Miller, 61, of Winder, Georgia, passed away on Saturday, February 19, 2022. Robert Evan Miller was born December 24, 1960 at Napoleon, Ohio, the son of Richard Eugene and Mary Ellen (Polan) Miller. He attended school there and graduated from the Napoleon High School in 1979. He then attended Four County Joint Vocational School and earned a degree in auto mechanics. He was an auto mechanic before moving to Georgia in 1983 and became a self-taught mason which he excelled at for 39 years. On August 20, 2010 Bob married Sharon Leigh Peterson at the farm of her brother and sister-in-law, Bruce and Carla Peterson of Alta, Iowa. Bob’s most favorite thing to do was to take adventures throughout the country with Sharon. This was new and exciting for Bob, sharing wonderful experiences together. Whether it was going to a concert, visiting the “American Pickers”, as well as being audience members on “Family Feud”, or making happy memories when they visited their families. Bob also loved to hunt, especially deer hunting. He traveled to West Virginia and would deer hunt in the mountains with his cousins and friends. His pride and joy was “Buella” his motorcycle. He bought her and had her since he graduated from high school. He enjoyed many rides as well as adventures on her. Above everything Bob will be remembered most for his easy going personality, his kindness and love that he showed to everyone. Preceding Bob in death were his parents, brother-in-law Brian Scott Nelson, his wife Sharon on October 18, 2019, one step-daughter, Jennifer Maddox, and one step-son, Ricky King. Survivors include two brothers, Mike and his wife Donna Miller of Reading, MI, and Steve and his wife Debra Miller of Bernardston, MA, two sisters, Brenda and her husband Tom Bost of Florida, OH, and Esther Marie “Dutch” Nelson of Winder, GA, and one step-son, Joe and his wife Brenda King of Monroe, GA., and two grandchildren Christopher Austin Maddox and Kaitlyn Seirra Waits. Also surviving are his mother-in-law and husband, Marjorie and Ron Neulieb of Alta, brother-in-law Bruce and his wife Carla Peterson of Alta, two sisters-in-law, Jayne and her husband Harlan Mortenson of Des Moines, IA, and Kathy Sliz and her partner Jim Burris of Brunson, SC., and nieces and nephews and other relatives and friends. The Redig Funeral Home in Aurelia, IA is in charge of arrangements. Courtesy Announcement by Carter Funeral Home of Winder, Georgia.

The family of Mr. Robert "Bob" Miller created this Life Tributes page to make it easy to share your memories.