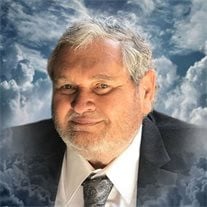 Lester David Skinner, 69, of Winder went to be with the Lord on Wednesday, July 19, 2017. David, the self-appointed Semi-Unofficial Mayor of County Line, was born on August 27, 1947 to W. N. and Hazel Skinner. He leaves behind his wife, Gina, sons: Jeff (Tammy) of Winder and Brian (Stacey) of Dacula, Step-sons, John (Mandy) Parker of Bainbridge and Will (Catie) Parker of Andalusia, Alabama, and grandchildren: Jordan, Jarrod, Madison, Fisher, Jake, and Logan. David is also survived by brothers: Donald (Martha) Skinner and Douglas (Judy) Skinner, and a sister, Cathy Page. David served his country in the U.S. Army, the National Guard, and the U.S. Army Reserve. After receiving his Bachelors in Business Administration from the University of Georgia, David made a career as a farm and agri-business lender. As the Executive Director of the Georgia Development Authority, he served on numerous state and national boards promoting agriculture. This love of agriculture also kept him motivated to serve on multiple State FFA and 4-H committees through the years. David grew up on a farm, so he was very supportive of anything that involved the education of young people in agriculture. Two of his most humbling moments came from serving the Georgia FFA. In 2009, the board room at the FFA/FCCLA camp was named "The David Skinner Room." In 2013, a cabin at Camp John Hope was named in his honor. David loved people and he loved serving others. Years ago, David had a radio show on Winder's local station. On WIMO, he delivered weekly installments of Poor David's Almanac to his adoring fans. His regular listeners were sorely disappointed when he gave it up, but all 5 of them eventually got over it. Services will be held at Carter Funeral Home in Winder, GA on Sunday, July 23 at 2:00. Interment will follow at Nazareth United Methodist Church, where he was a member since childhood. David was always proud that his father helped build the Nazareth with his two hands. He didn't just love the building; he loved his Lord and Savior too. He used every opportunity that arose to share how wonderful the Lord had been to him. He wanted others to know Christ intimately like he did. Flowers are accepted or memorials may be made to The Georgia F. F. A. Foundation, Attention: David Skinner Fund, P. O. Box 237 Swainsboro, Georgia 30401 or Georgia 4-H, Attention: Mary Ann Parsons, 306 Hoke Smith Annex, Athens, Georgia 30602

Lester David Skinner, 69, of Winder went to be with the Lord on Wednesday, July 19, 2017. David, the self-appointed Semi-Unofficial Mayor of County Line, was born on August 27, 1947 to W. N. and Hazel Skinner. He leaves behind his wife, Gina,... View Obituary & Service Information

The family of Mr. David Skinner created this Life Tributes page to make it easy to share your memories.

Lester David Skinner, 69, of Winder went to be with the Lord...